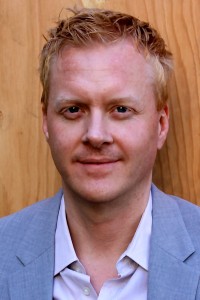 Due to the exposure Aaron Rollins received from being a Semifinalist in the 2014-15 Table Read My Screenplay Contest (Park City) for his television pilot, Ordnung, he has been signed by CAA (Olivia Blaustein & Barry Kotler) and Echo Lake Management (Zadoc Angell). Aaron says he greatly appreciates placing in the TR contest – it helped him make the next step forward in his writing career